I got Hitman 2 for PS4 recently, with some trepidation. I found it difficult to find a straight answer online as to what it would and would not do when playing offline. (The industry can thing what it wants about player services, I'm a massively offline single player person)

Well, Hitman 2 is basically Hitman 1 with six extra missions. The game lets you progress and get trophies offline, but it stops there. recording details such as what methods I have and have not used in each level is NOT recorded. Apparantly that's for online only play, which is absolutely bonkers. They are basically holding players to ransom, saying play online, or you can't track your level accomplishments.

Well, I don't play online, so I don't track level details. That kills a lot of the replay, which means I'll trade the game soon afetr completion. That'll cost the game company a retail sale while the price is still high. Their choice, not mine.

Since I really enjoyed the original Red Dead Redemption game,I figured I'd enjoy the sequel even more so. And I tried to, I really did. But after around a week of playing, I reached the 25% complete mark, and I was still waiting for some fun that was clearly not coming.

Seems I'm not the only one who struggled to enjoy the game. It's been canned by some players as simply boring, which has drawn counter-reviews. As per the Greater Internet F**kwad Theory, this situation has of course devolved into death threats and the like. Some people can't stand it when their idols are criticised. (Insecure much?)

For me, the game just didn't give me a reason to care. The characters are unsympathetic, and the story lacks emotional motivation. That combined with a clunky interface and unrewarding game machanics makes for a dull experience.

There may be a story in the game somewhere, but it sure doesn't have a plot.

I finally dragged by butt out of the country this year, and spent a few weeks in Japan and Hong Kong. After years of Anime I had all sorts of expectations, but in short it was great!

I was there in the Summer, so I expecte dthe heat. The humidity was more of a surprise. The proliferation of vending machines makes for more sense when you have to keep drinking all day just to stay hydrated! 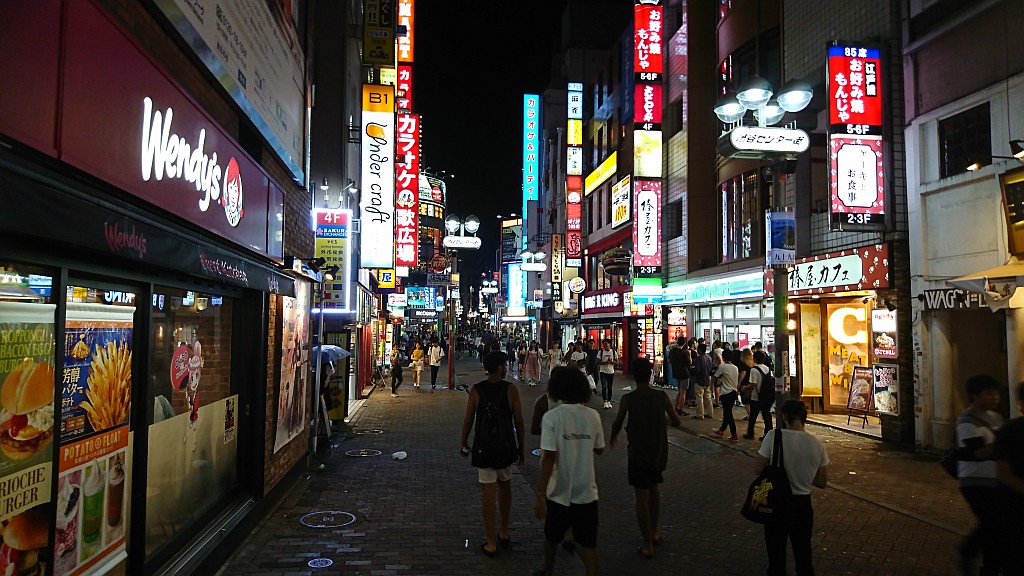 The food was amazing. So easy to find almost anything you can think of, and everything I tried was absolutely delicous. I am convinced Japan makes the best fried chicken in the world: Tori No Karaage. The people were great, and really make an effort to get anong. Tokyo is a bit big for my taste, Osaka seems a bit too obsessed with gambling (pachinko), but Kyoto is the kind of place I could happily live in. Lots of temples and gardens, not so many tall buildings. Peaceful, yet civilized.

Hong Kong on the other hand... Well, lets call it a great place to visit. It struck me as rather too obsessed with making money. It was also considerably grubbier. Getting out of the city a little helped put it all in context. Believe me, there's not a lot of flat land in these places!

The year is almost out, and no updates since 2017! Guess I've been a bit lax on the blog thing... I've been avoiding the home computer due to chronic pain issues, which have been lingering for many years now. Fortunately I finally have an accurate diagnosis (chronic high hamstring tendonosis) so I can finally treat it properly. Maybe I'll even get back to writing in a few months, if all goes well? But for now, I'll belt out a gush of pent up posts! :)